Chef Shawn Loving has been the Department Chair of Schoolcraft College’s esteemed Culinary Arts Program in Livonia, Michigan since 2007 but his love for the culinary world and record of excellence spans more than 30 years. He began his career working in numerous acclaimed Michigan restaurants before becoming a chef for the Walt Disney Company and Epcot Center in Orlando, Florida, and Euro Disney in Marne de la Valle, France. From there, Chef Shawn would achieve the title of Corporate Executive Chef in Orlando, Florida.

Shawn next becoming the proprietor and Chef at the critically-acclaimed Loving Spoonful, which uniquely combined quality with innovation, a recognizable trademark of Shawn and his culinary versatility. In concert with his leadership of the Loving Spoonful, Shawn’s next endeavor would be to combine the culinary arts with another passion of his: sports. He would go on to provide nutritional guidance and devise meals for star players of the Detroit Pistons on his way to one of his greatest achievements. In 2008, Chef Shawn was selected as Executive Chef for the U.S. Men’s and Women’s Olympic Basketball Teams—where he currently still serves as the Executive Chef—for the Beijing Games. Following this, he would serve as Executive Chef for the USAB Men’s Team in Istanbul for the 2010 and 2015 FIBA World Championships, the 2014 summer World Championships in Madrid, the 2016 Summer Olympic games in Rio de Janeiro. 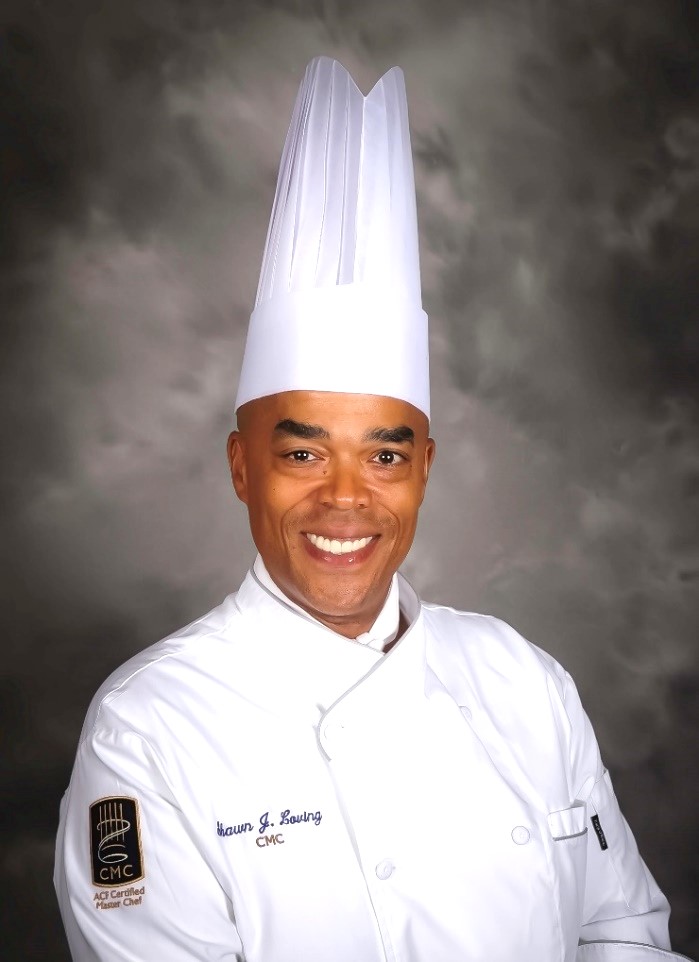 A consummate culinary executive, Shawn has received critical acclaim and conferred a multitude of awards and medals from the American Culinary Federation placing, but his most recent—and highest—honor was to earn the Certified Master Chef designation. Chef Loving is now one of 72 CMCs in the nation, demonstrating not only his own versatility, expertise, and creativity navigating culturally and professionally diverse environments but a continued passion for the culinary world. This passion has realized itself in the development of Shawn’s supplementary work as a consultant, designer, motivational speaker and mentor for culinarians around the world. Propelled by a pursuit of culinary knowledge as fervent as when he started, Chef Shawn continues to cultivate strong interpersonal relationships with global professionals. However, his desire for knowledge and growth of the international culinary world doesn’t stop with him. Chef Shawn’s true aim is defined by his unending quest to foster community engagement and growth while mentoring younger culinarians.